No more wires and no more antennas as far as this i2i wireless audio kit is concerned. With this smart and compact size wireless audio system you are able to transmit and receive audio from virtually every device having a headphone or audio output jack. 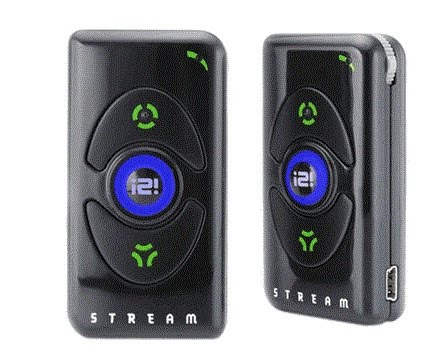 This handy wireless audio system consists of two identical transceivers i.e both the units are capable of transmitting and receiving wireless audio signals as far as 30 meter away. Ideal when to be used indoors. Each transmitter and receiver unit measures 19 x 13 x 6.7 cm and can fit inside pockets, clipped to belts or even hung from neck using a lanyard.
The two transceivers in this wireless audio kit operate at a 2.4 GHz frequency. Just plug one unit with the audio source and use the other unit for listening to wireless audio. Compatible with mp3 players, iPods and virtually every gadget having a headphone jack. Each transmitter / receiver has a USB slot for plugging it into any USB port to charge its internal battery. 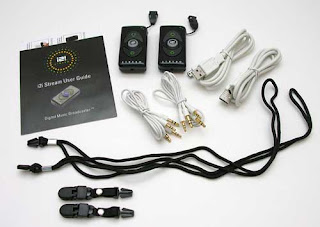 Overall this is a nice little wireless audio kit that comes in real cheap as compared to those bulky and high price transmitters that not only take lot of space but also require to be powered via mains adopter. We rate this mini wireless audio system 8/10 because of small size and user friendly interface.
Available in :