Writing notes and then typing it into your PC was never so easy with this amazing Dane-Elec product, the Z-Pen. It lets you take down notes in your writing just like any other pen and then allow you to transfer it to your PC or laptop without even typing a single key.

[asa]B003OAOTMI[/asa]
The Z-Pen is just like any other pen you would use for writing on a piece of paper. It is built with a smart sensor that records every stroke and then transmit it to the receiver that records all the text and sketches that you have drawn with the Z-Pen. The receiver has a 1 GB memory which is sufficient enough for holding handwriting of thousands of pages. It recognizes joined writing as well as all upper case letters. You can connect the receiver to the PC USB port and import all the data either in the form of image files or in pure text which you can later edit accordingly.

The Z-Pen can also be used as a flash drive since 1 GB memory is enough for transferring couple of audio, video files from one computer to another. This device comes with all the necessary PC software so you need not to obtain any other utility to convert handwritten text into images or editable text. 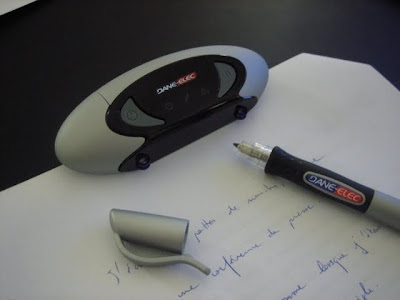